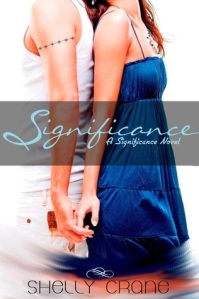 Synopsis:
Maggie is a seventeen year old girl who’s had a bad year. She was smart and on track, but then her mom left, her dad is depressed, she’s graduating – barely – and her boyfriend of almost three years dumped her for a college football scholarship. Lately she thinks life is all about hanging on by a thread and is gripping tight with everything she has.
Then she saves the life of Caleb and instantly knows there’s something about him that’s intriguing. But things change when they touch, sparks ignite. Literally.

They imprint with each other and she sees their future life together flash before her eyes. She learns that not only is she his soul mate, and can feel his heartbeat in her chest, but there is a whole other world of people with gifts and abilities that she never knew existed. She herself is experiencing supernatural changes unlike anything she’s ever felt before and she needs the touch of his skin to survive.

Now, not only has her dad come out of his depression to be a father again, and a pain as well, but Caleb’s enemies know he’s imprinted and are after Maggie to stop them both from gaining their abilities and take her from him.

Can Caleb save her or will they be forced to live without each other after just finding one another?

Ultimately what doesn’t work for me is how quickly Maggie and Caleb fall in love. Maggie even questioned her constant need for him and Caleb himself said to her that he wouldn’t push himself on her. He doesn’t, and I realize situations forced them be in each other’s company, but it wasn’t believable to me. Also the whole imprint concept was a bit rushed and not thoroughly explained. I don’t know if it’s just the way I view things, but I would imagine if your soul mate was in the same room with you, you’d know them or perhaps feel them. In two distinct incidents, Maggie and Caleb are in the same area, but the imprint doesn’t happen until later. Yes in hindsight I can see why Crane set it up the way she did, but it just doesn’t work for me.

There are a lot of unanswered questions that are never addressed. I assume this is because the author felt it was necessary to expand on her series and fill in the details as you read along. For starters who and what are Virtuosos? Why doesn’t Maggie demand more answers regarding their identity? What does it mean to be Aces? Also why are there fewer imprints happening? What caused the shift in change? Why is it rare for a human to imprint with a Virtuoso? Crane never explains why it was possible for a Virtuoso to be attracted to a human despite knowing they aren’t meant to be.

I debated with the ending and decided on a two because of the amount of skipping I did. I realize you can’t fully understand a plot if you’re skipping and you miss details, but I found I didn’t miss anything at all. I expected something BIG to happen and it just didn’t. The one section I thought for sure would be the climax just fizzled. I also had a small problem with the font used. It made reading difficult and was a strain on the eyes. Finally, the ending was a big no. I won’t say how it ends, but it’s not a way to end a book. Correction, it’s not the way most authors would end a book.

In the end, this book read too much like Twilight and I’ve never read the books and haven’t seen the films. You can tell the author is a Twilight fan because a dog is named after a character and mentions the series (Maggie and Caleb discuss the films). There are references to Caleb’s large family that happily accepts Maggie with no questions asked. And just like Twilight, there’s a love triangle. If you’re a fan of Twilight you might enjoy this book. 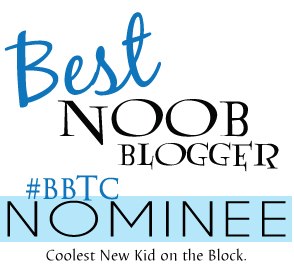